London, UK – ILOS Projects (“ILOS”), a Pan-European Independent Power Producer (IPP) sponsored by Omnes, today announced the signing of a €500 million structured credit facility (the “Facility”) with EIG, a leading institutional investor in the global energy and infrastructure sectors. The Facility is expected to support ILOS’s plans to generate more than 2GW of power through solar and battery projects by 2026. The Facility comprises an initial tranche of €250 million and includes an accordion that would increase the loan amount by an additional €250 million. Additional financing terms were not disclosed.

The Facility is intended to accelerate ILOS’s growth toward becoming a leading Pan-European IPP, with loan proceeds available to provide construction equity and acquisition capital for ready-to-build assets. Initially, ILOS intends to focus on projects in Ireland, the UK, the Netherlands, Greece and Italy, but the Facility also contemplates the deployment of capital in other OECD jurisdictions as well as in co-located battery storage and hydrogen.

Rob Johnson, Managing Director and Global Head of Direct Lending at EIG, said, “We’re thrilled to support ILOS in these exciting growth initiatives as they work to expand their footprint across Europe. This transaction is a testament to our confidence in the management team, their strategy and ILOS’s sponsors, and it underscores EIG’s commitment to investing in high-quality assets and energy infrastructure that support a low-carbon future.”

Michael Pollan, Partner at Omnes, said, “ILOS has seen tremendous growth over the last two years. We are proud to continue supporting the company as it works toward this ambitious IPP project. We also look forward to partnering with EIG, a leader in the energy infrastructure sector that shares our common values and strategic view.”

About EIG
EIG is a leading institutional investor in the global energy and infrastructure sectors with $23.1 billion under management as of September 30, 2022. EIG specializes in private investments in energy and energy-related infrastructure on a global basis. During its 40-year history, EIG has committed over $44.5 billion to the energy sector through 393 projects or companies in 42 countries on six continents. EIG’s clients include many of the leading pension plans, insurance companies, endowments, foundations and sovereign wealth funds in the U.S., Asia and Europe. EIG is headquartered in Washington, D.C. with offices in Houston, London, Sydney, Rio de Janeiro, Hong Kong and Seoul. For additional information, please visit EIG’s website at www.eigpartners.com.

About ILOS Projects
The Omnes Venture ILOS Projects GmbH was established with a focus on PV development within Europe, with Omnes Capital providing development capital as well as construction financing. The ambition is to develop a significant pipeline and become an IPP that operates PV assets in the core markets of Europe. Website at www.ilos-energy.com

About Omnes
Omnes is a leading private equity and infrastructure investor. With over €5 billion in assets under management, it provides companies with the capital they need to fund their growth, in three key areas: venture capital, growth & buyout capital and infrastructure. Omnes is committed to ESG factors and has founded the Omnes Foundation to fund initiatives in favour of children and young people. It is a signatory to the United Nations Principles for Responsible Investment (PRI). Website at www.omnescapital.com 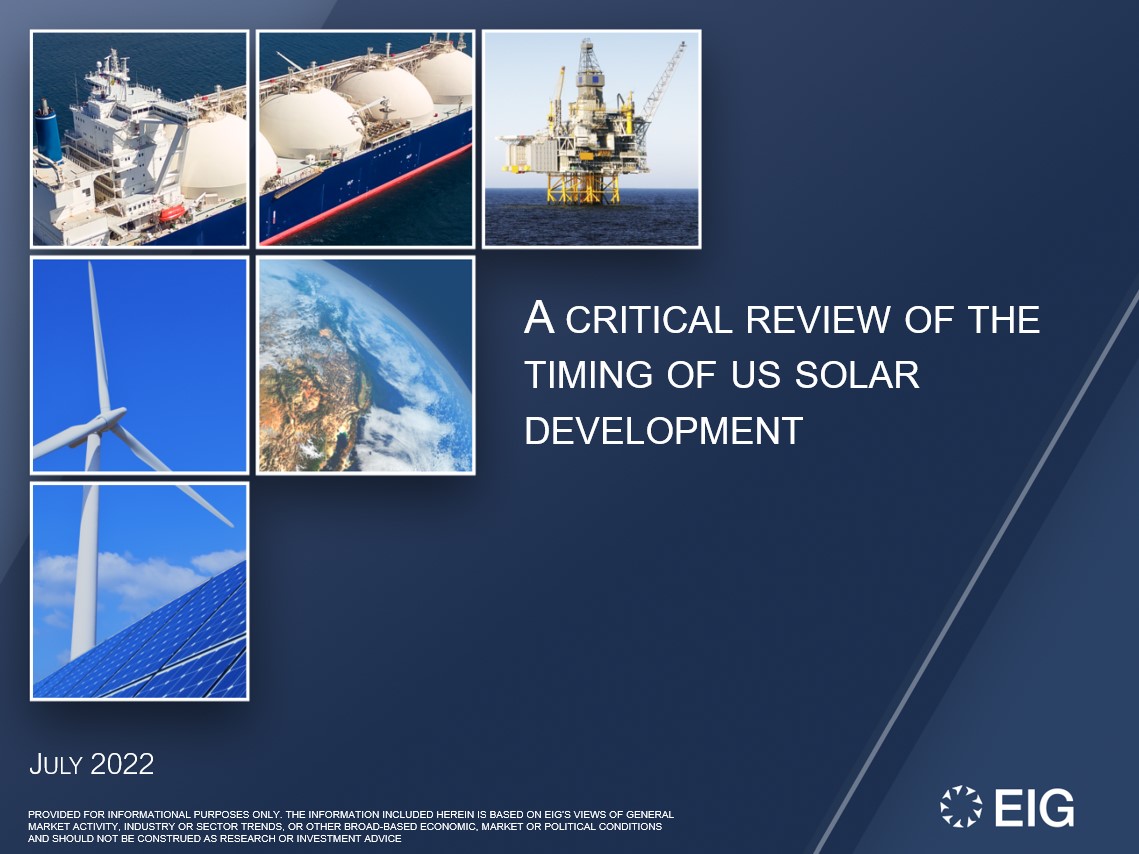